Yowakutemo Katemasu is mostly known as the Ninomiya Kazunari's new drama. It airs on Saturdays at 21:00 on NTV and it is currently subbed by 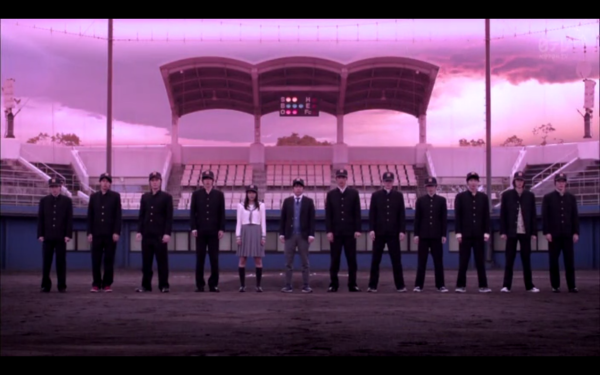 The episode opens with a baseball match. With his narration we see how the protagonist is a hopeless catcher, and with his narration he tells the viewer that his theory on sports: even the weak can win. It's a bold statement considering that his team is brutally beaten by the opponent. Still, even though he let's almost every batting player pass the home base, he tries to take out one of them by tagging him after he has finally retrieved the ball. He doesn't succeed, because he drops the ball. His opponent looks down on him, both literally and figuratively, and I can't help but feel sorry for the cather.